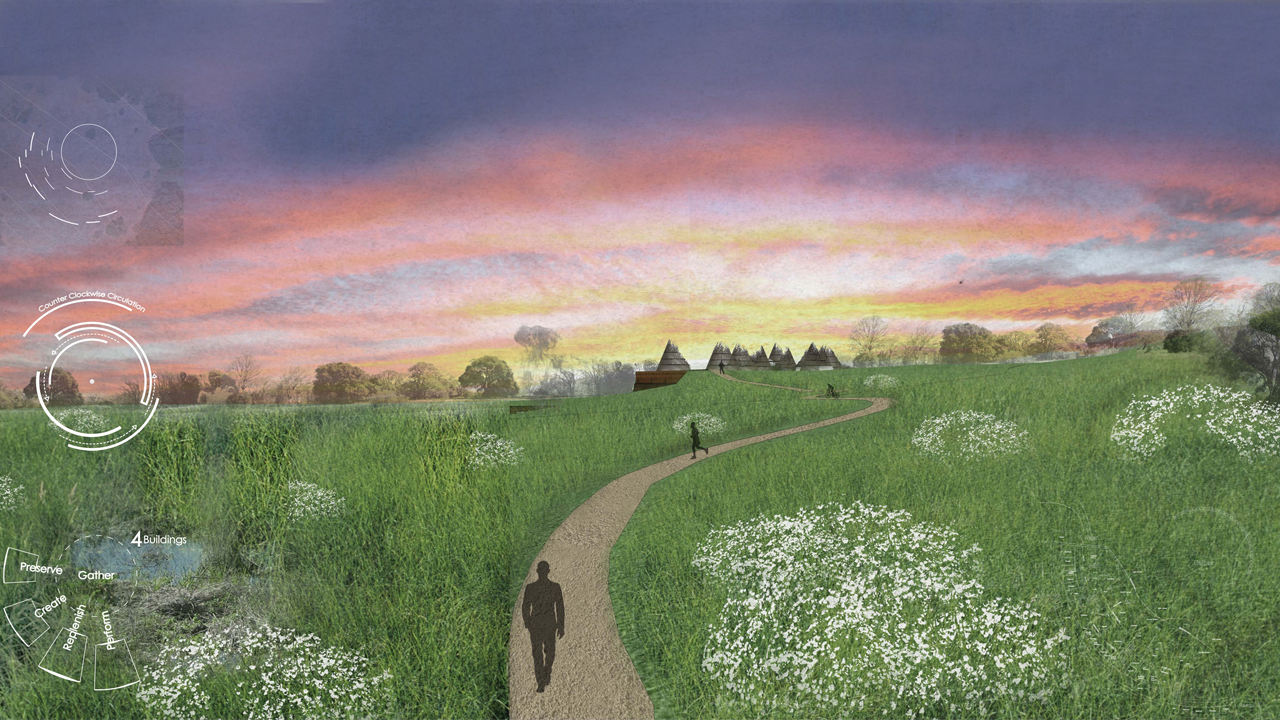 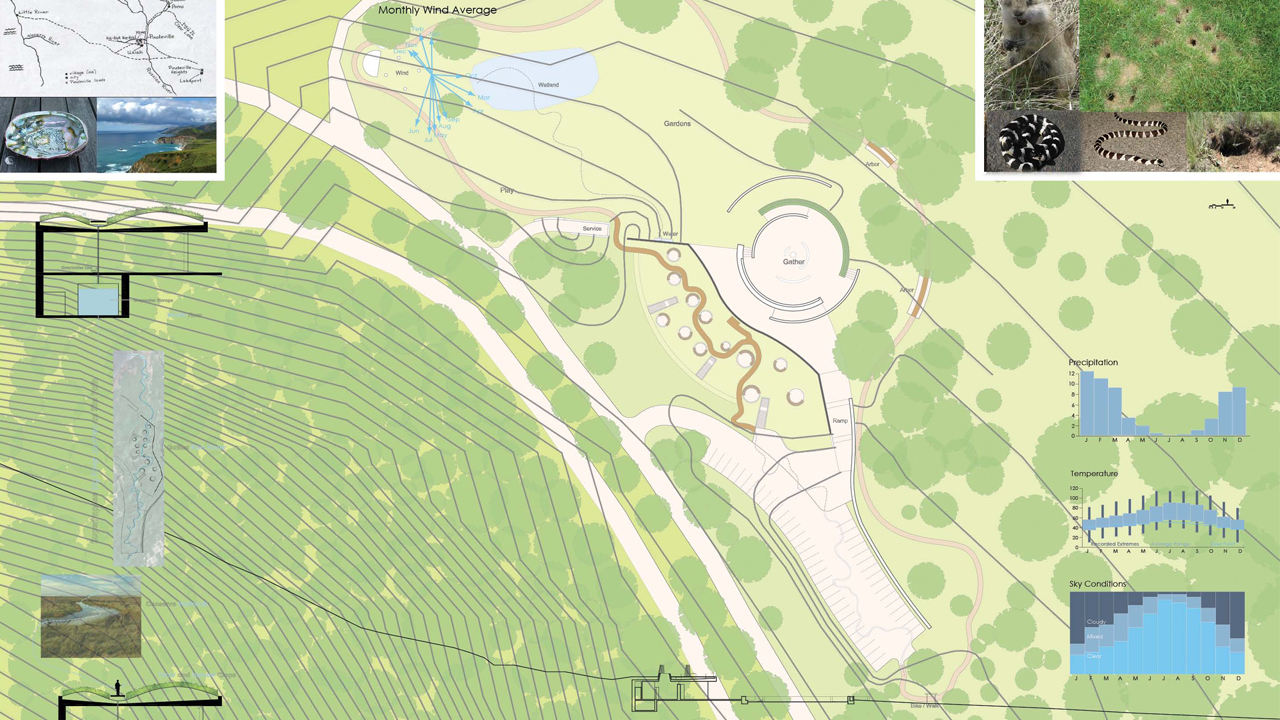 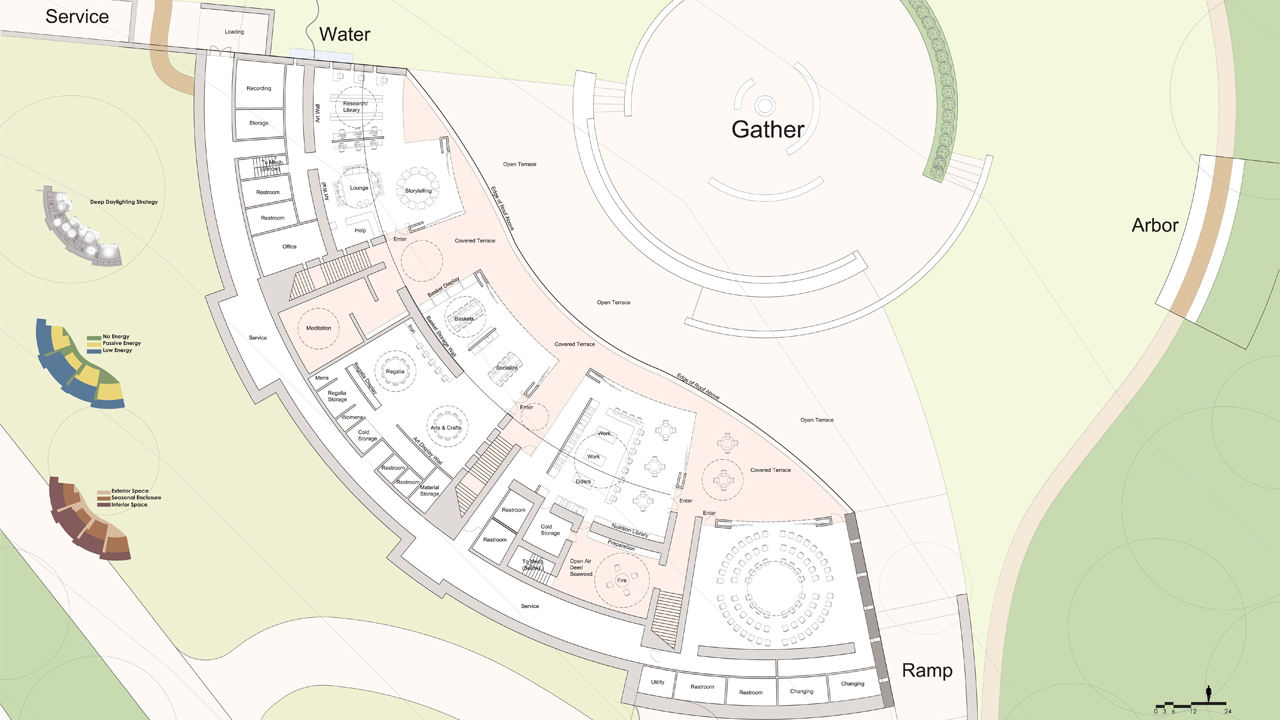 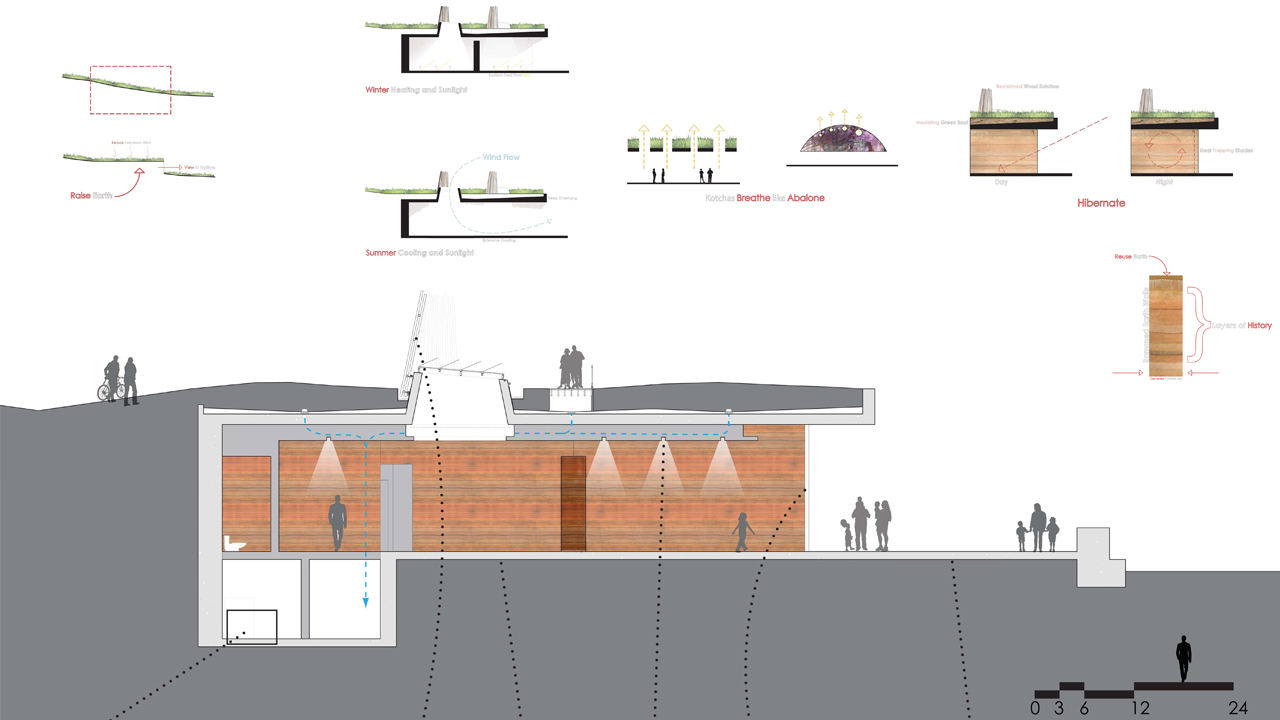 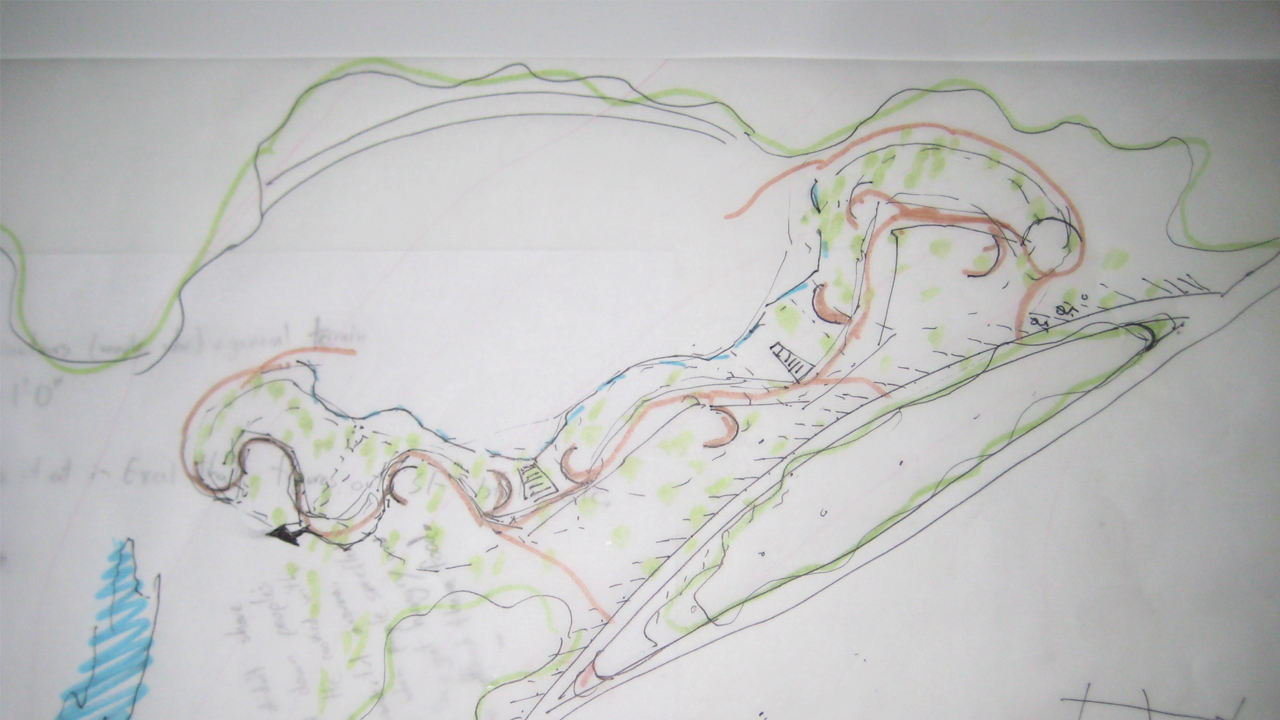 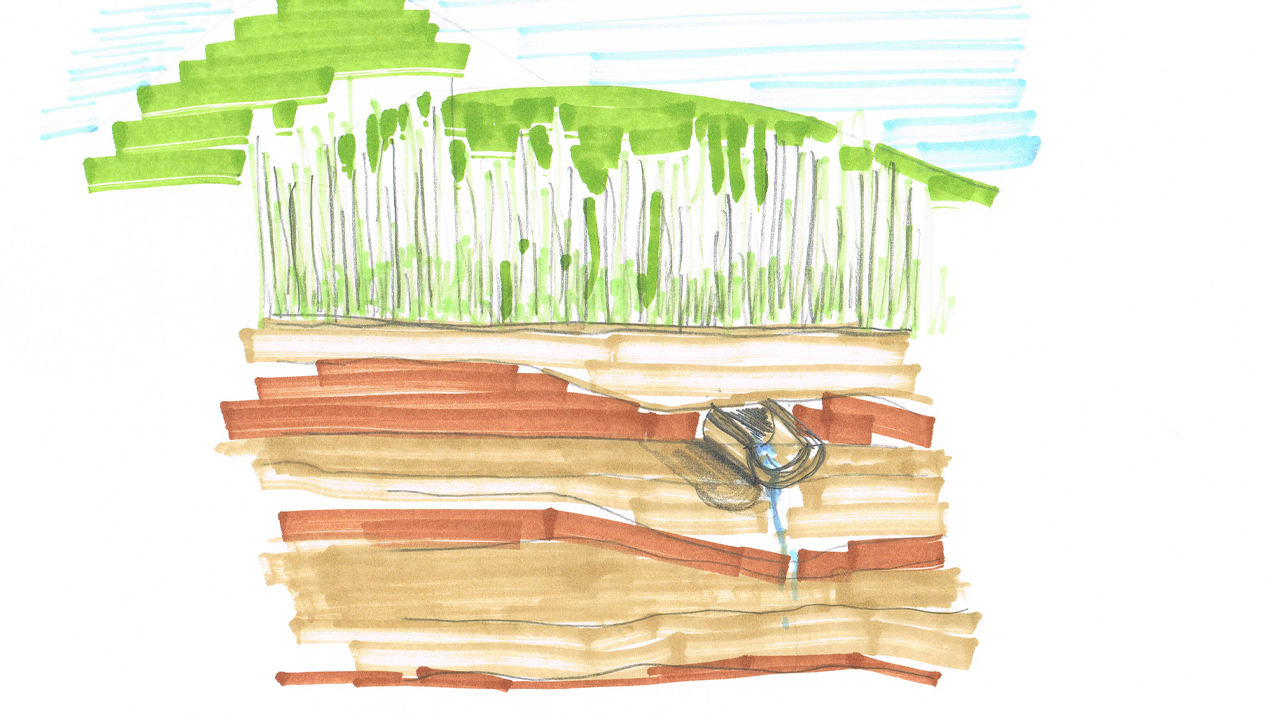 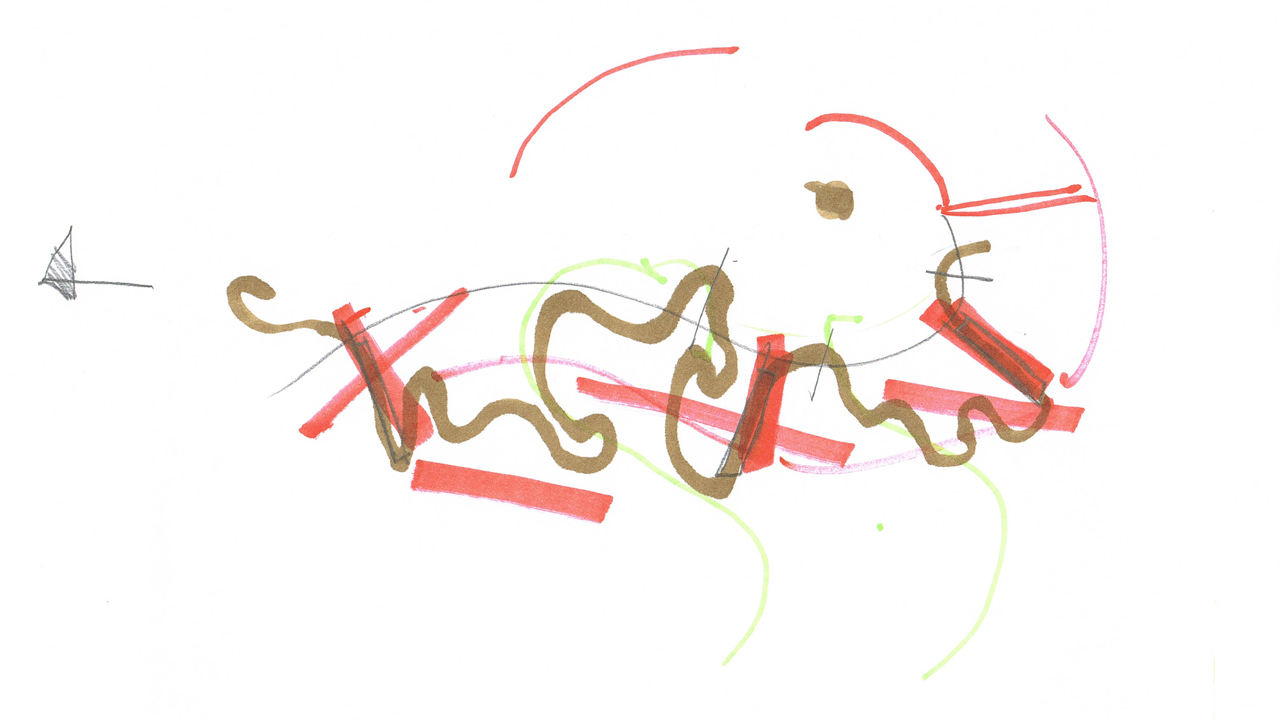 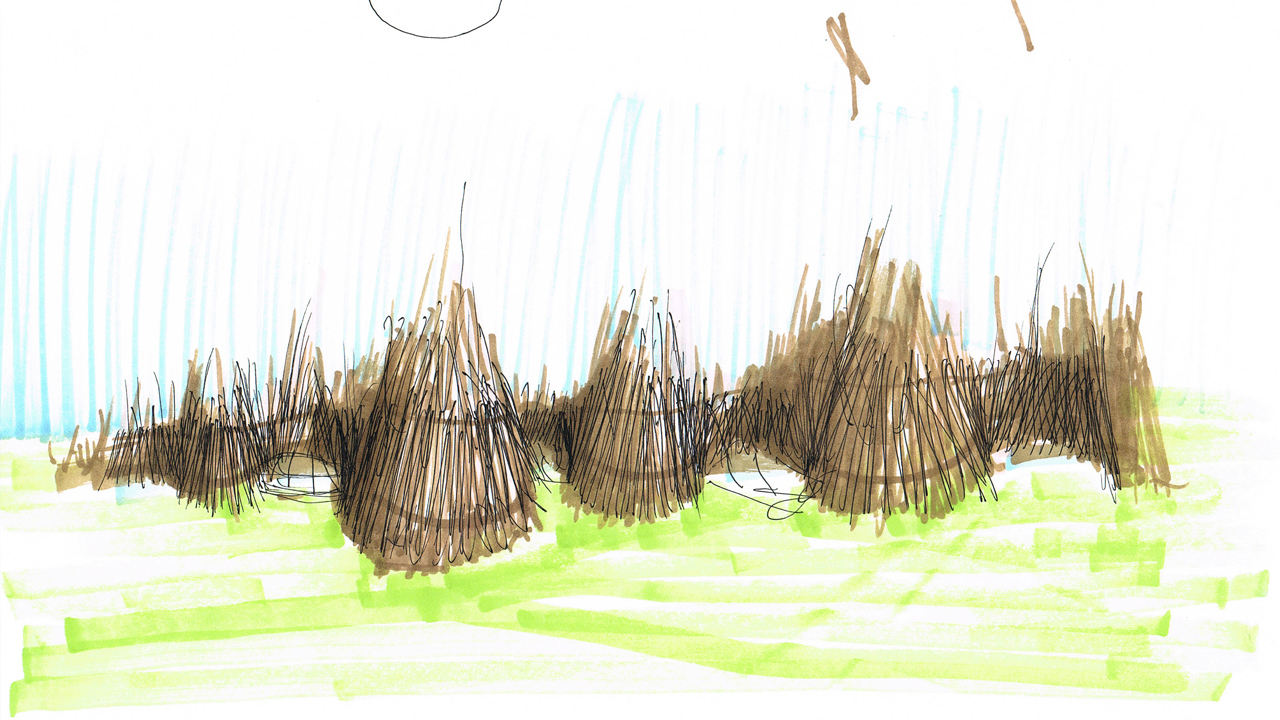 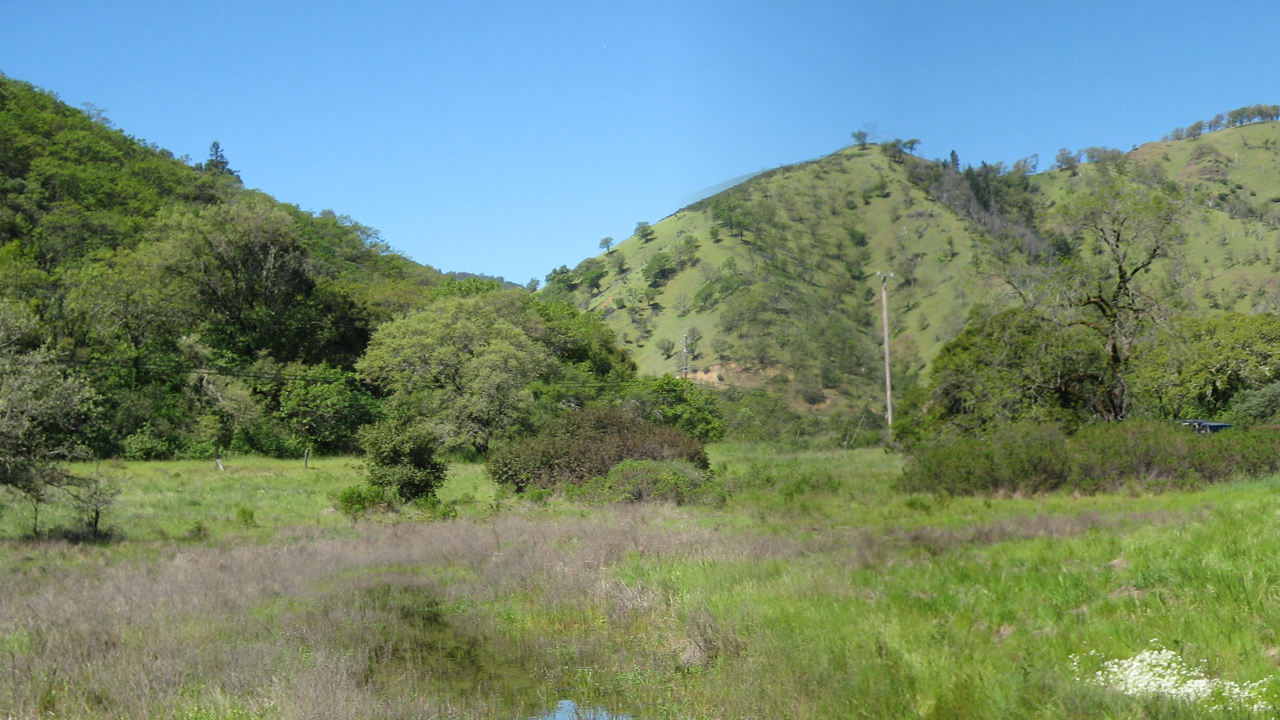 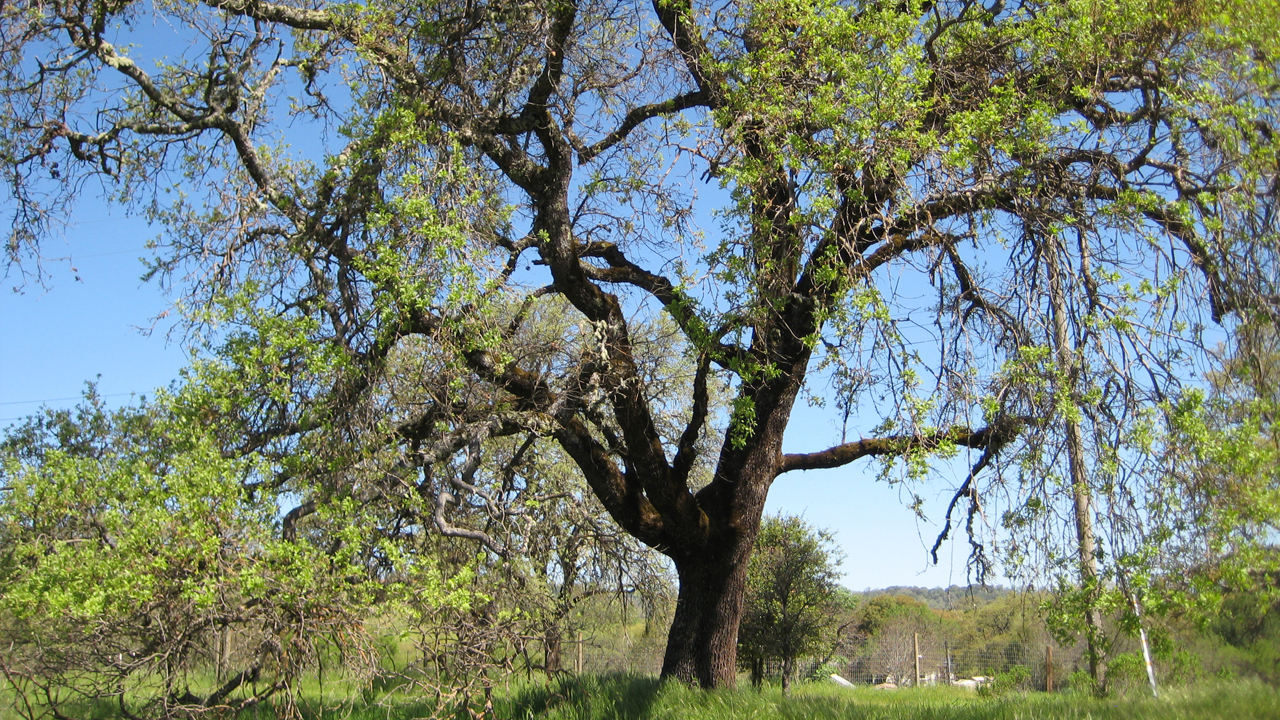 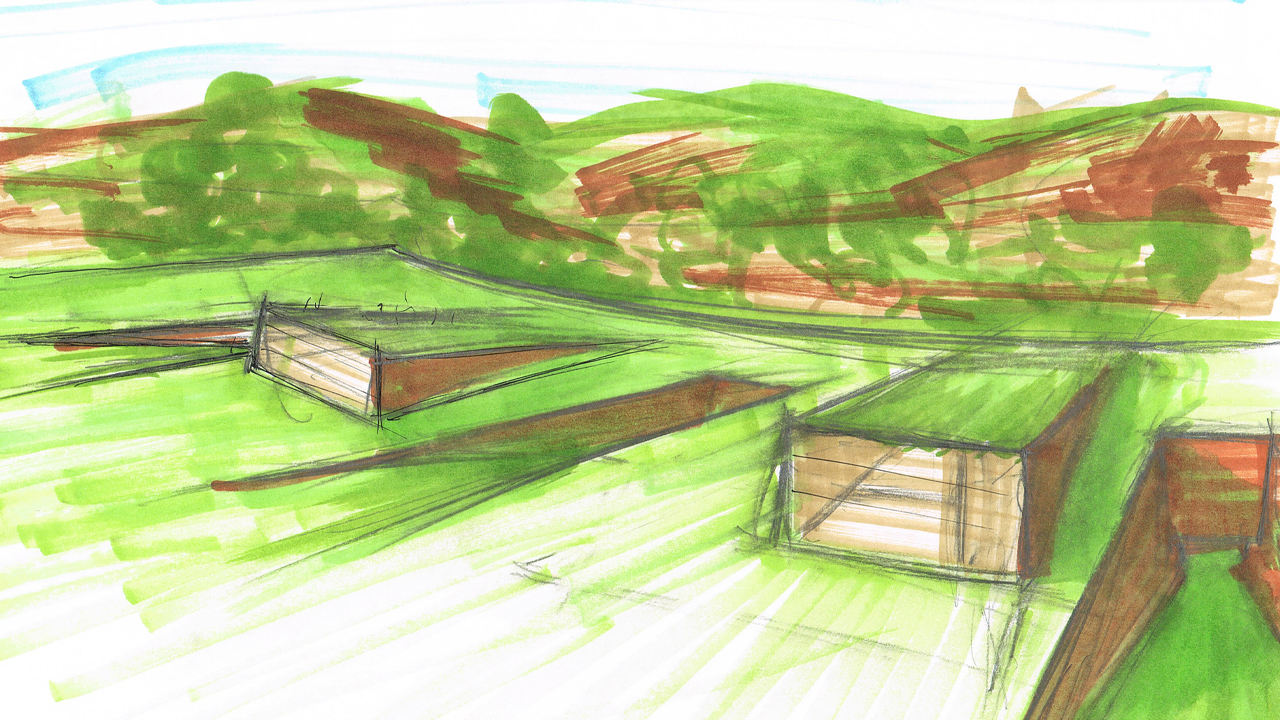 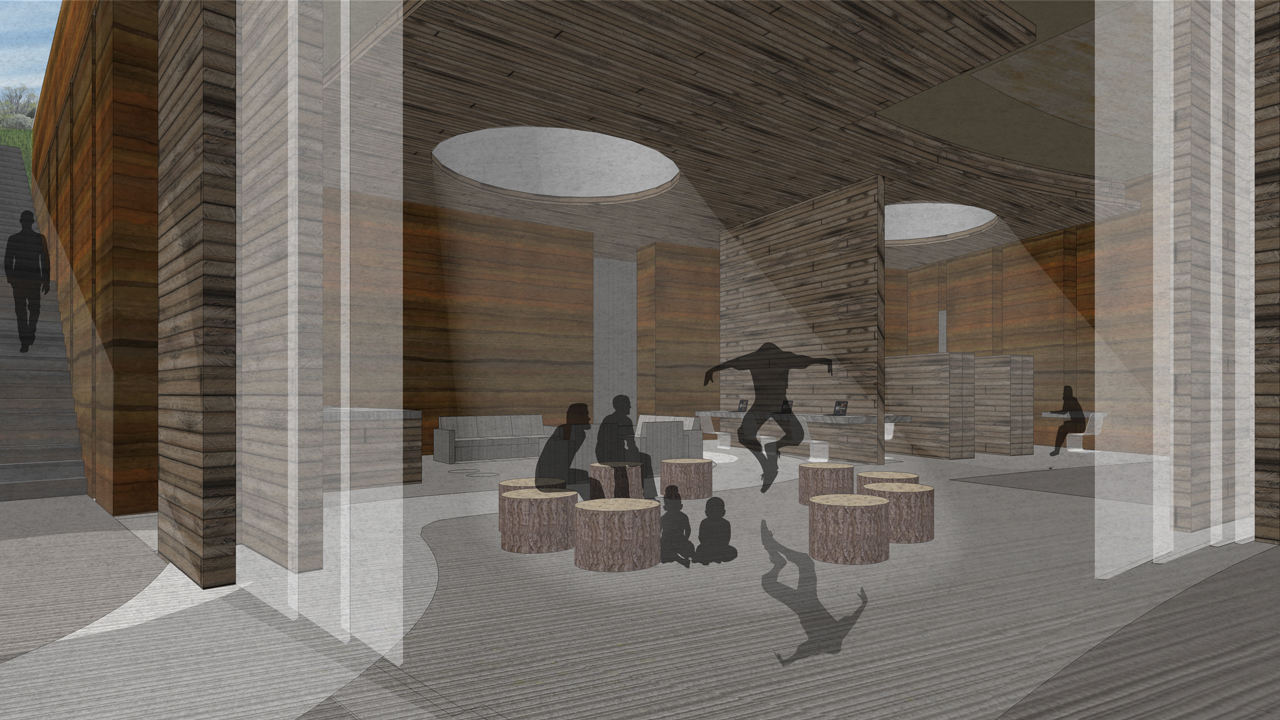 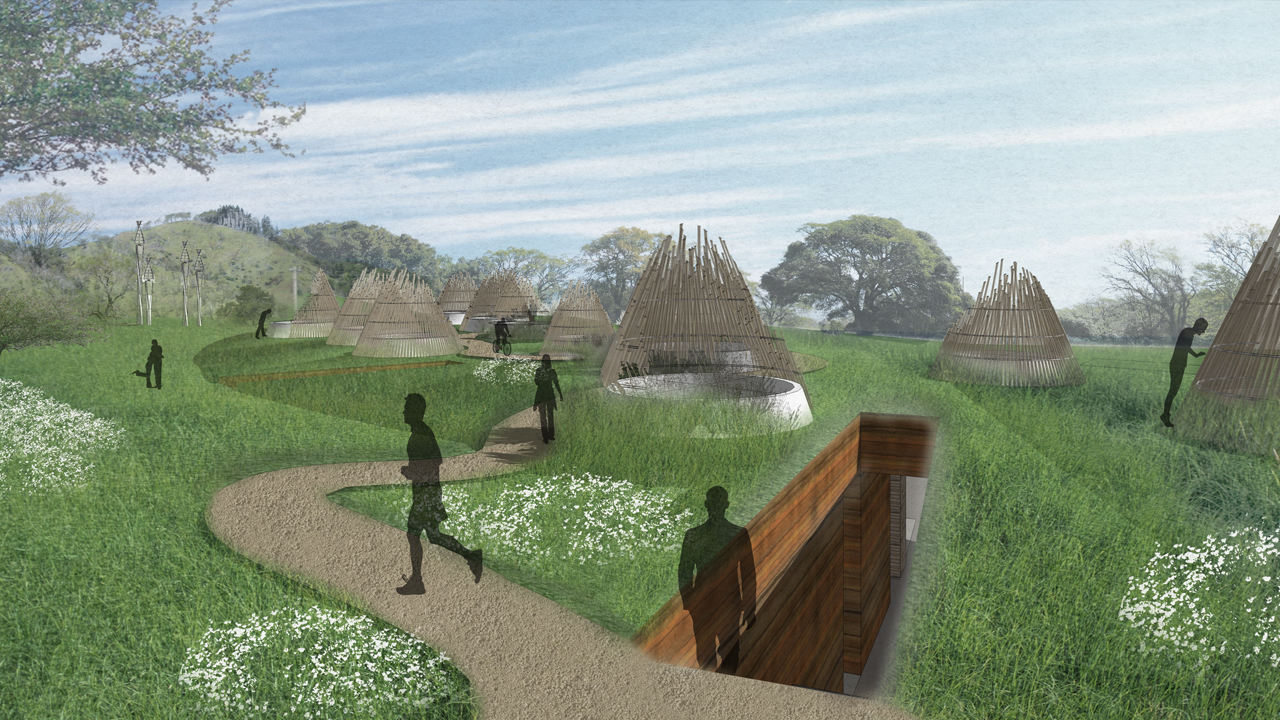 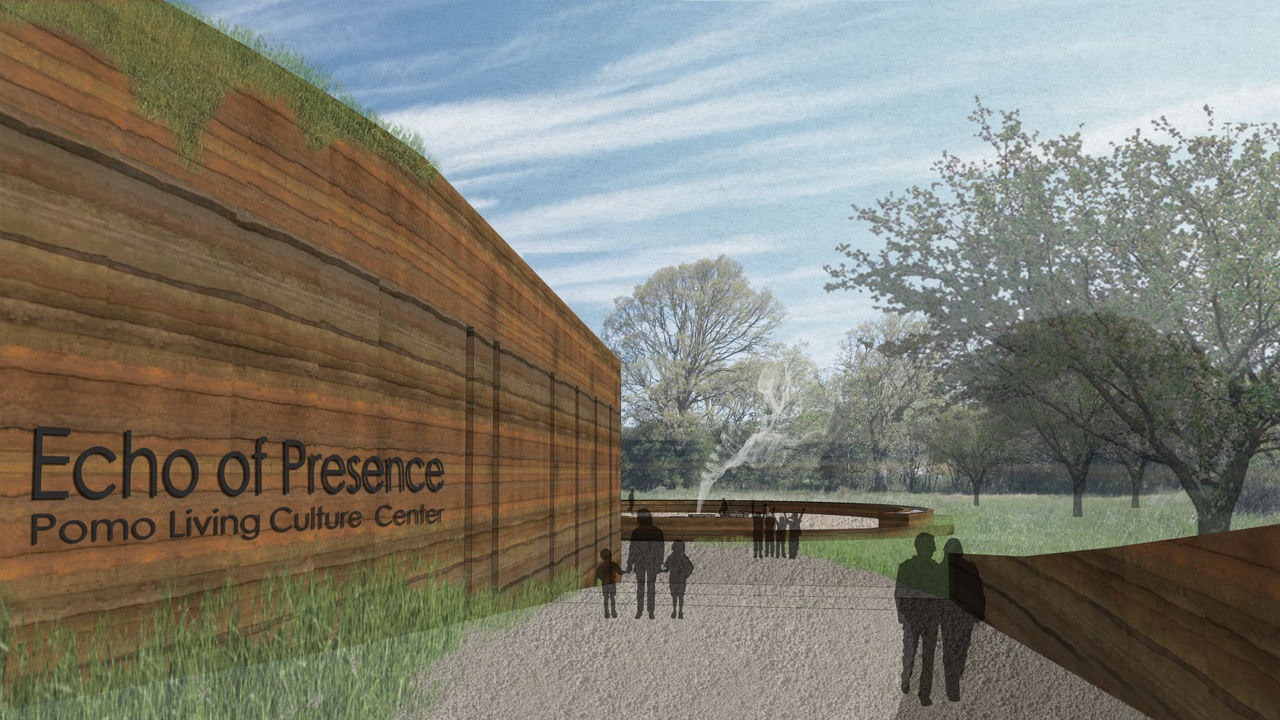 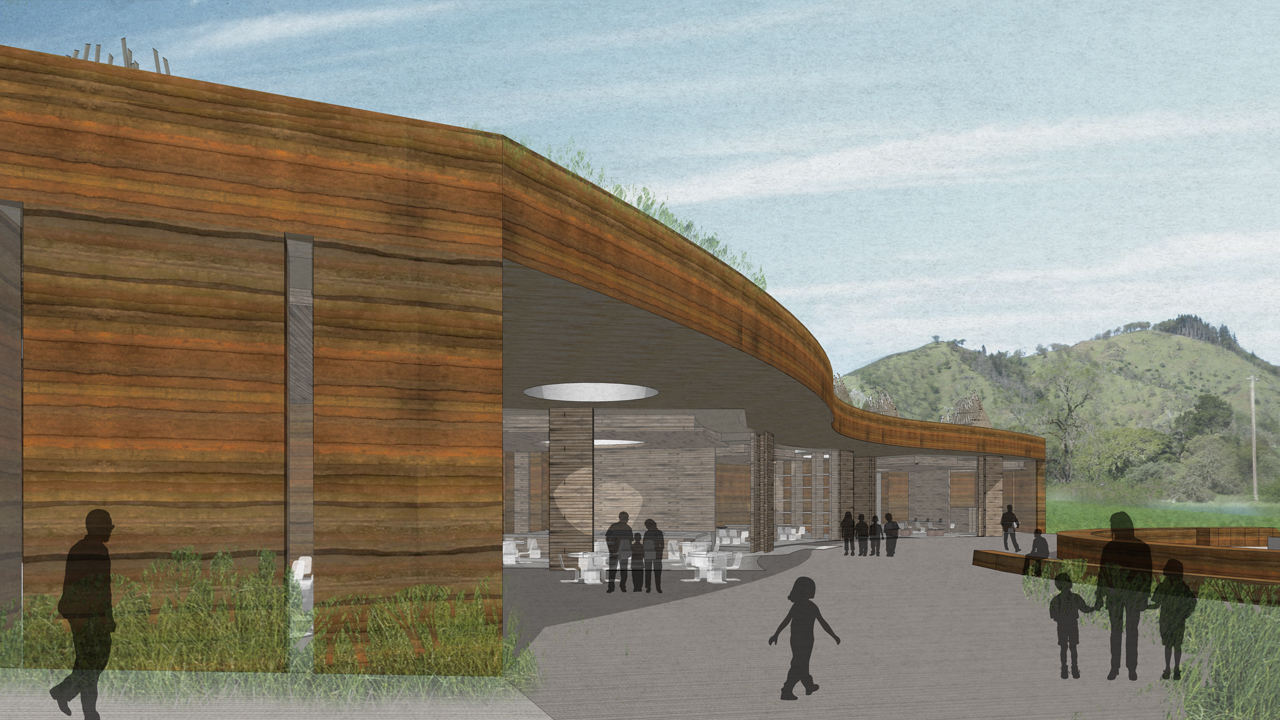 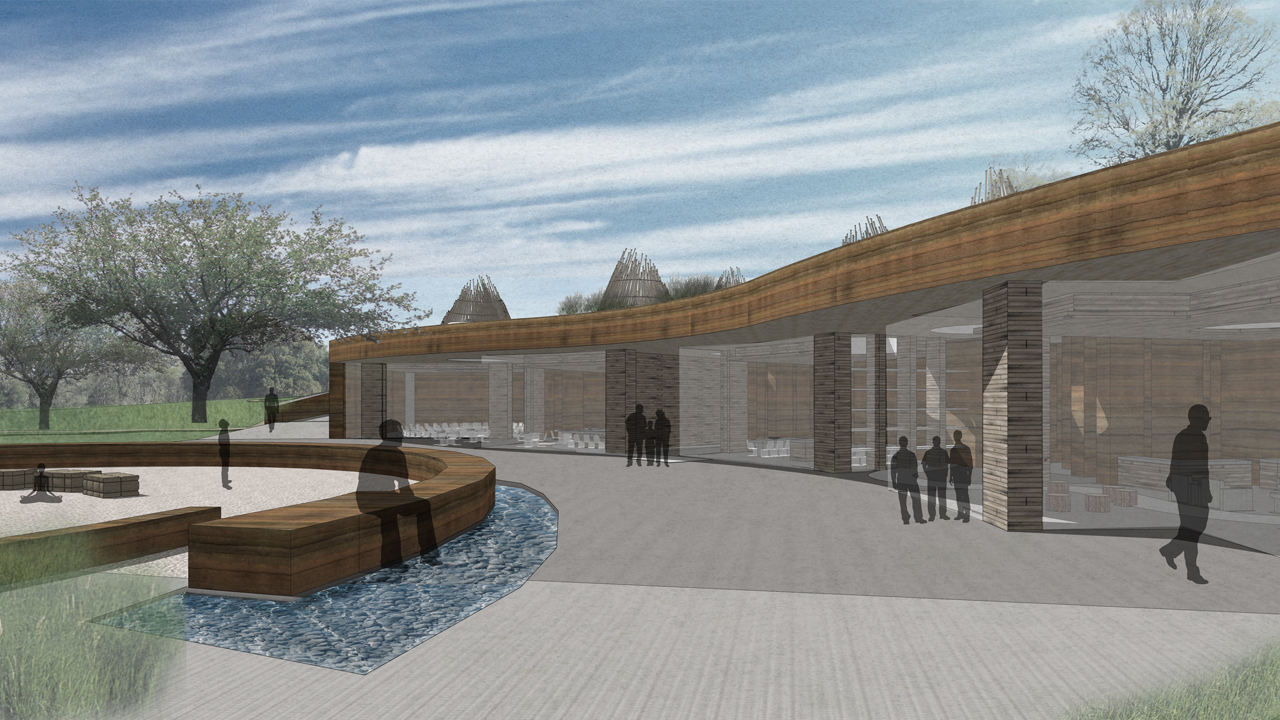 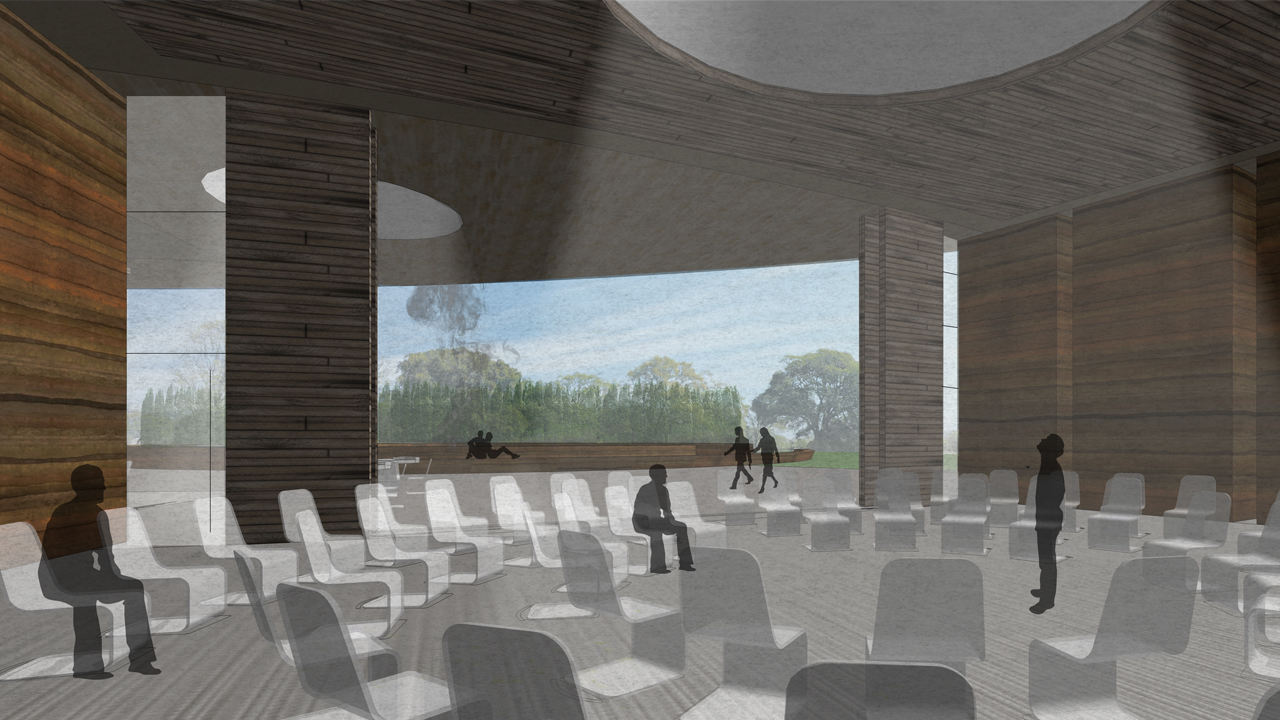 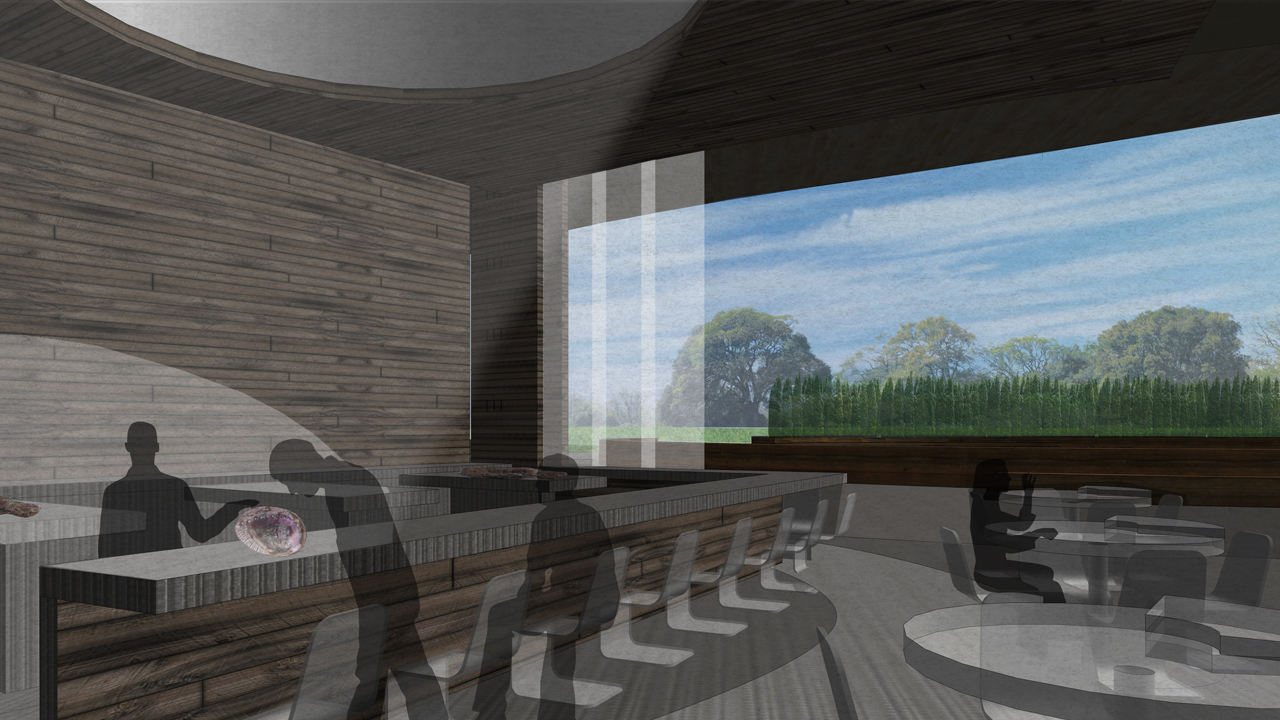 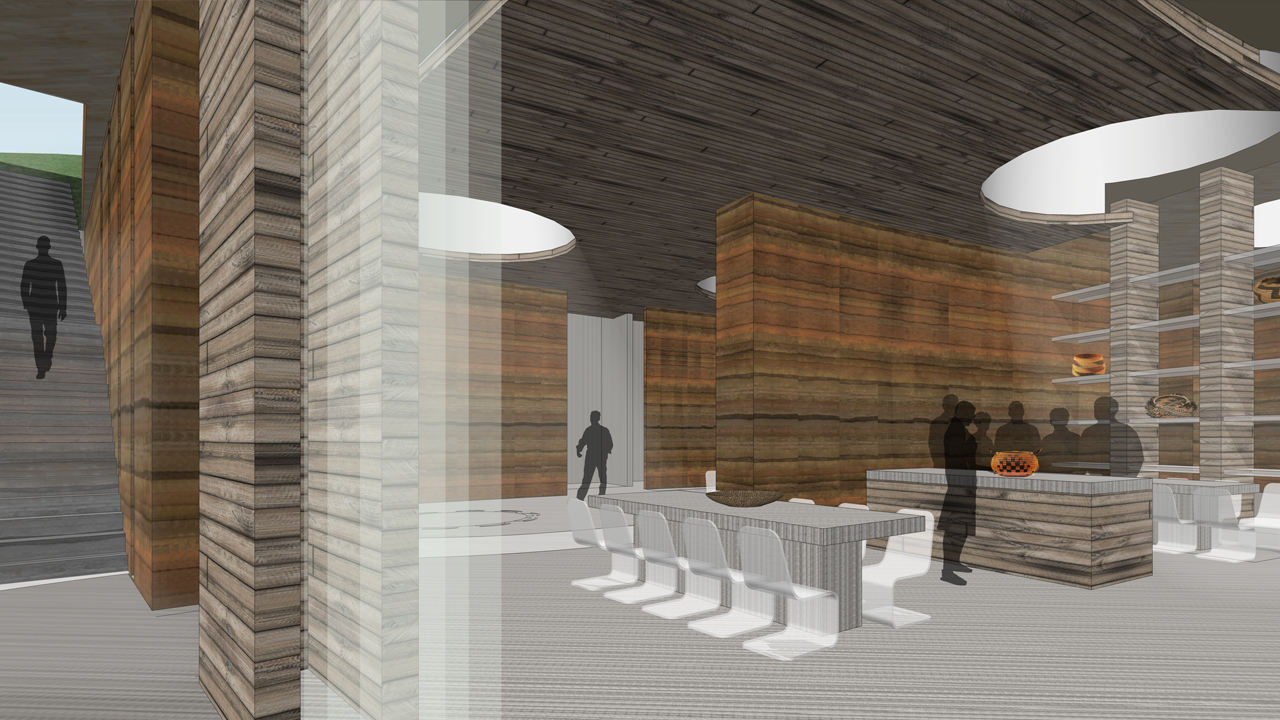 ← Back to All Projects

Of the meadow, not on the meadow. Symbotic. Upon arrival, peaceful views of ya-mo bida (wind hole creek) remain. A blanket of earth unifies four separate activity centers organized about a circular outdoor ceremonial space. The Pomo Living Culture Center takes clues from climate, site, culture and technology. Each activity center is designed to celebrate a particular aspect of the Pomo culture, decrease energy use, allow for adaptation and provide revenue. The language of the building bridges between tradition and looking to the future. Materials of the Center seek to celebrate the Pomo complex and efficient use of materials employing rammed earth, reclaimed wood, exposed aggregate concrete, sliding glass walls and a textile shading system. The center enjoys a conversation with the landscape; interior space is woven around adjacent exterior spaces allowing the Pomo people to continue a long tradition of living in the land.

The building itself is rooted in the soil, nested in the site’s thoughtfully etched topography, coiled like a snake in a cool, inviting cleft. It is a living, breathing structure, alternately hibernating in the shade and basking in the sun, respiring and insulating, responding intelligently to the rhythms of the earth and its atmosphere. A walk on the roof is not just a way into heart of the Pomo Living Culture Center, but a pilgrimage; a living reminder of centuries of symbiotic habitation, and a tangible symbol in hope of its continuation.

A path organically wanders among the twelve kotcha, its meandering profile appropriated from the contours of the Big River, an important reminder of the Pomo peoples’ connection to the Pacific ocean, and a meditative embodiment of that coastal journey. The river path shares its curves with the building’s rainwater catchment system beneath, becoming a type of stream, drawing from the building’s micro-watershed, diverting water for use in the site’s plumbing and landscaping.

Native meadows slide toward the northeast, then rise again, giving way to a grassy plateau. The plateau is scattered with shelter-like structures intended to suggest the form of kotcha dwellings. The kotcha announce the presence of native Californians in the terrain from which they have always drawn their sustenance, their shelter, and their story. In this case, the kotcha accentuate and envelop light wells, cut down through low rises in the earth, descending into the building below, probing the ground and flooding the incubated subterranean space with light, air, and warmth.

The drumbeat is felt deep as walls are formed using earth from the meadow to echo the dance around a blaze seen far into the clear night. Trees, arbor, water feature, and an 1871 Bloody Run Memorial woven along the site path further carve out the presence of the Pomo. A place to honor the seasons, celebrate life, gather, tell story, youth and elder to teach one another. A place designed to meditate a rich past and inspire those to continue to write and share their story.

Ready to get started? Contact us today for a consultation on your new building design.